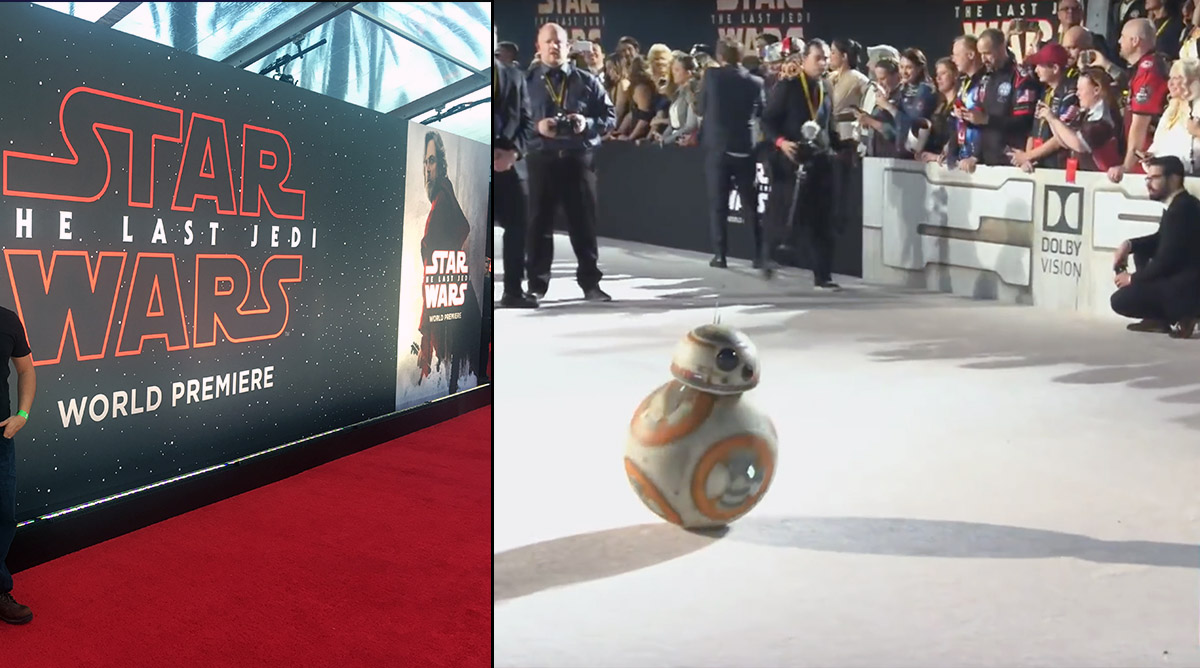 In 1999, “Star Wars: Episode I – The Phantom Menace” was released in theaters and received an out of this world reception. Twenty-eight years later, the first film of the prequel trilogy of “Star Wars” franchise is again rising to the center of attention on a global scale!

DragonBase covers the premiere of “Star Wars: Episode VIII – The Last Jedi” (2017) in Los Angeles. In this special event, we will not only interview your favorite Star Wars characters, the creators and directors, but also brand new members first time on the red carpets – they might be a little shy on camera, but they are super cute! (Star Wars Robot BB8 & BB9E)